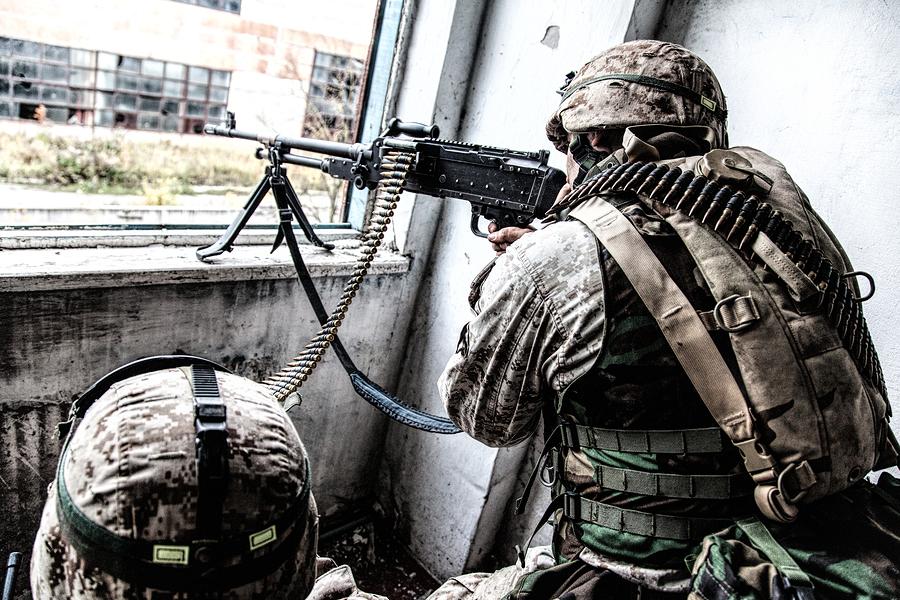 Veterans in US suffer hearing loss and files lawsuits against the defective Combat Arms earplugs provided by the 3M Corporation to the US military.

To evade the whistleblower allegations of selling defective earplugs to the Defense Department, the Minnesota based company went for a settlement of £ 9.1 million to the US Department of Justice in July, 2018.

However, the settlement of the whistleblower claims has failed to shield them from the individual lawsuits. Presently, they are facing lawsuits of injury brought about by the veterans who are now victim to permanent hearing loss and tinnitus as a result of the products that they claim to be defective and poorly designed by the company.

In 2007, 3M took over the company called Aero Technologies that originally used to design and develop the Combat Arms Earplugs. Demanding the authenticity of their product, 3M affirms that the latest version of the earplugs designated as CAEv2 has been developed to fit the ear canals of 98% adults and they are also adjustable. By toggling with the use of an “in-ear switching mechanism”, the CAEv2 offered two different modes of operation:

The toggling is determined by the side of the earplug that is inserted into the ear—Yellow for Weapons Fire mode and Green for Constant Protection mode.

The original lawsuit was brought against the 3M by a former employee on behalf of the US government under the False Claims Act. It was claimed that the company was aware of the fact that the earplugs were defective and failed to fit in the ear canals perfectly owing to design defects the result to which will be the earplugs coming loose without the knowledge of the users. The company was not needed to admit to any liability as a part of their settlement with the DOJ. The veterans and their advocates were enraged by this and also by the penalty that is considered to be slightly more than the proverbial slap.

CBS gives the details of the damages caused by the defective combat arms earplugs reported by the service members. They point out both hearing loss and tinnitus or a continuous ringing feeling in the ears.

Though it is common notion that sounds or noise enter through the ear canal, it has other aspects too. CBS quotes Dr. Thomas Roland of NYU Langone Health who says, “Sound enters not only through ear canal but also through something known as bone conduction “. This means that sound waves also hit the skull bones and move them. He further continues that earplugs can hinder the entrance of sound through ear canal but not the bones. Sound entering through bone conduction can still cause major damages and each service member exposed to extreme loud noise is prone to this type of damage even if he wears extremely well-designed earplugs. This news has devastated and shocked the service members who relied on the hearing protection given to them to protect their hearing.

Such a problem along with the design defects of the 3M earplugs risked the serviced members hearing to the core. There have been reports of service members mentioning to the CBS that the best-known earplugs were the 3M but still suffering from hearing loss has been shattering. Please contact the defective combat arms earplugs lawyers at Shamis & Gentile, P.A. to file your lawsuit today.

The local Minneapolis newspaper, the Star Tribune, brings out that there are presently 11 pending cases against 3M. Interest regarding this problem is catching like a fire among veterans suffering most commonly by hearing loss and tinnitus and thousands of additional claims are expected to turn up. Attorneys claim that they are being contacted by several veterans who are victims to the Combat Arms Earplug during their military service tours.

There is a high possibility of the cases getting consolidated into multidistrict litigation but unlike a class action, the individual claims of the plaintiffs in MDL will be retained. After executing a pre-trial procedure in front of a single judge, a few cases have been chosen as “bellwether trials” to see how future cases will turn out and whether the parties will come to a settlement. If you are suffering from hearing loss and/or tinnitus from 3M’s defective combat arms earplugs and would like to file a lawsuit for your suffering, please contact the defective combat arms earplugs lawyers at Shamis & Gentile, P.A.

previous
Cementing You Back To Function: What Is Bone Cement and What You Need To Know About It?
next
How Long Can Florida Employers Go Back For Your Background Check?