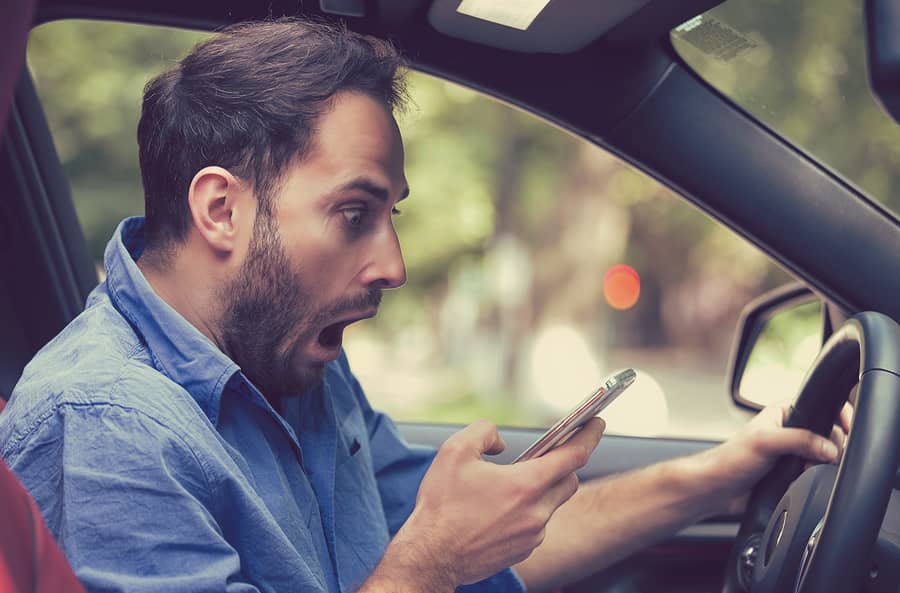 Multitaskers are highly sought out in the business world. However, being a multitasker isn’t always the best quality to have, especially if you are doing it while driving. While eating lunch, they answer emails. While typing up a letter, they also negotiate successful business deals on the phone. While driving, they return phone calls or read text messages and unfortunately, multitasking behind the wheel of a moving vehicle is a recipe for disaster. If you’ve been injury by someone multitasking behind the wheel, call a Distracted Driver Car Accident Lawyer at the Miami law firm Shamis & Gentile, P.A.

The Human Brain Is Not Equipped to Multitask While Driving

Contrary to what you might think, most people are not good at everything they are doing while multitasking. Instead of doing two tasks really well, they do two things at the same time rather poorly. Simply put, the human brain can switch back and forth between activities quickly, but your performance will suffer.

This is especially true of driving. According to CNN, adding even one more task, such as listening to the radio while driving, reduces the amount of your brain bandwidth dedicated to driving by about 37%.

Think of it this way: Instead of using more of your brain when you multitask, you simply steal part of it from one activity in order to do a second one. Think of it as driving with both eyes open and then closing one, this is basically what you are doing by multitasking behind the wheel.

All told, only about 2% of the population excels at multitasking—so chances are you are not one of them. And studies have shown that those who think they are the best at multitasking are often the worst.

It’s one thing to multitask while sitting at your desk at work. It is quite another to be doing it once while behind the wheel of a moving vehicle. Not only do you risk injuring yourself, but you could cause devastating injuries to other people. According to a statistic from the Centers for Disease Control and Prevention (CDC), about 9 people are killed each day by a distracted driver. Another 1,000 suffer an injury in a collision caused by a distracted driver.

Distracted driving can take many forms. For example, you might become distracted by:

Depending on your speed, you can travel a long distance in a very short amount of time. For example, you cover an entire football field while reading a text message for five seconds while going 55 miles per hour. Taking your eyes off the road for even a split second can lead to an accident. In that time, a child could run in front of your car or another vehicle could swerve into your lane.

If you need to talk on the phone or send a text message, pull over to the side of the road before doing either. Some drivers wrongly think that they can use the phone while stopped at a red light, but that is a mistake. Instead, intersections are where some of the most serious accidents occur. If you are talking on the phone at an intersection you might:

One reason people multitask is that they have not given themselves enough time to get to their destination, so they feel the need to eat, drink, and/or brush their hair while in the car. If you plan enough time into your trip, however, you can accomplish these tasks in places other than behind the wheel.